In the wake of Guild Wars 2’s Anniversary Bash across this year’s PAX weekend, we’re continuing the celebrations with our fifth blog carnival. This time around, we asked you to share your memories of the last year of Guild Wars 2. We received some fantastic responses and have loved reading how others see and play the game – so a massive thank you to everyone who contributed!

In a blog carnival first, we’ve not only compiled all the blog entries we received, but also the responses of the Guild Wars 2 Reddit community. Our post received 55 comments in total, and whilst we’d love to include every single one in this carnival, it’s just not possible – so to all our readers, if you’d like to see the original post, here it is. Oh, and as if that wasn’t enough, we’ve also had a fantastic storyboard-like entry using images from Sisters of Tyria!

Below you’ll find all the entries we received. Enjoy reading them, and don’t forget to leave a comment on the author’s article if you liked it!

It’s coming up on the first anniversary of Guild Wars 2. I honestly can’t believe it. So much has happened, but in many ways it feels like it was just yesterday that the game was releasing. A lot has happened in the GW2 scene, both in game and in the community surrounding it. In many ways, it feels like this was ANet’s freshman year in college. There were so many ways they could go, so much they could do, and they needed to do some experimentation and soul searching to figure out where they wanted to end up. As we close the year, I think ANet is ready to declare its major, metaphorically speaking. …

Guild Wars 2, One Year Later – by Jeshe/Ananamoose from The Centaur’s Satchel

… I remember around this time last year, I was incredibly excited for the release of GW2. I was early access so I was playing the 25th. I remember the excitement well. I had been in the betas, but this was it, this was the real deal! I’m sure I made many high-pitched squeaking noises as I waited to be allowed to log in. I’d never admit it in person though.

Back in my day… Guild Wars 2: A Year in Review – by Trever Bierschbach from Frags and Beer

… When the full game released I sat back and took my time, built a character I really liked (a necromancer named Merith Naprein go figure) and paid close attention to the tutorial parts.  They are there, don’t ignore them.  Guild Wars 2 doesn’t spoon-feed you the game like most with a long, drawn out tutorial section, but the learning tools are there if you watch for them.  In no time I knew what the icons meant, how to look for events, and how to filter the cacophony of stimuli into something I can process and enjoy. …

Happy First Anniversary! – by C from Sisters of Tyria [Note: this article consists of images only, for the text-only version click here.] 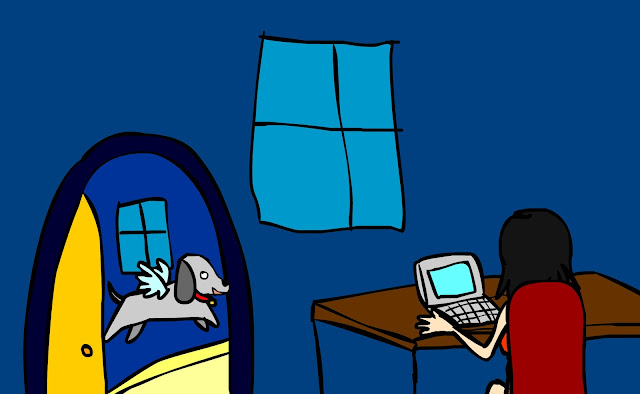 Seriously, check out the amazing work put into this storyboard!

… What is it that keeps me in game? Why do I keep playing? What is my story? These are both easy and difficult questions to answer. In short, it’s because I love the game; I love Tyria, the lore, and combat, the dynamic events, the jumping puzzles, the mysteries, the visuals, the friends… the list goes on. As for the (very) long version, keep reading for my experiences of the past twelve months in Guild Wars 2. …

Birthday – by Verene from Under the Pale Tree

… The very first night of headstart, a few of us decided to take a trip to Orr. We were all low-level – as in, under level 5. But hey, why not! It was a completely ridiculous and, to be fully honest, rather terrifying thing to do. Things could one-shot us with a glance. I know that those of us that did it amused everyone else on vent with our panicking at enemies seeing us. We didn’t quite make it – I got lost somewhere in Sparkfly Fen and was eaten by the champion risen megalodon. But it was a lot of fun. …

A year by numbers – by Verene from Under the Pale Tree

… I spent some time going through all of my characters and doing a bit of number crunching this morning, and here are my results. …

… I started as, frankly, a very casual player of MMOs.  My interests lie more in the direction of action/adventure than… well… bothering with other people.  I’d dabbled in WoW and TOR with friends, but there were a great many issues with the very core of the gameplay that kept the genre from really grabbing me.  However, the very little bit (only a few days really) of Guild Wars that I had played felt different, different enough for me to take interest in the prospect of Guild Wars 2. …

Splendid Coffer – by Nevyn from Dinglehopper

… My girlfriend of almost five years, Jam. She plays a Sylvari mesmer with a stupid-looking mushroom head, and I adore her. In the first weeks, we managed to find a hidden jumping puzzle together. The pirate cove in Lion’s Arch. We ran through it, getting stuck and falling the whole way. And it was amazing. …

Shortly after Guild Wars 2 released, I made a post outlining what I thought of the game so far and my goals. Today, just over a year from launch, it’s time to see how I fared with those goals and set some new ones for the coming year. …

Year One – by Ravious from Kill Ten Rats

The best part of the year was getting Mrs. Ravious involved. She and I play Guild Wars 2 together many nights a week, and it’s so nice to have a companion in the game. I’ve never been one to heavily get involved in guilds preferring to leave my participation to guild events instead of more personal situations. I think I’ve missed out a bit in my past MMO lives not having a buddy.

In promoting our blog carnival, we wanted to open it up to as many people as possible – not everyone wants to write a blog post on their time in-game, afterall. And so we set our eyes on the Guild Wars 2 subreddit, and posed the question “What’s your most cherished Guild Wars 2 experience so far?“.

The response we received was amazing, and we’ve included some of our favourite examples below. Enjoy!

Here’s to the next twelve months!

Previous: Blog Carnival #5: One Year of Guild Wars 2 – Enter Now!
Next: Guild Wars 2 Companion Apps – The Best iOS Apps in 2014
To Top
GuildMag uses cookies on this website to give you the best experience possible. Learn more